My heart spilled out in words I could not say —
Written with blood dripped from thorns of disapproval,
On petals plucked with
Wishes, that destroyed the flower but at least —
They fell in a pleasant pattern at your feet.

Things not visible on my face —
Or maybe so if you ever thought to look,
If you ever cared to, if you ever dared to —
We could’ve written a book, a collaborative effort
To make a space for people like me.

A picture painted of love and lust and passion and mistrust —
Despite the time I imagined we spent together,
Somehow I crawled like an ant up a sand dune during a monsoon
Unrequited, though I told myself undecided —
As if I had a choice.

Emotions that I could not explain —
Obsession, compulsion, depression, despair
Laid waste to the page, my soul laid bare,
My depravity displayed, codified there —
For your condemnation.

– Written for Poets United Midweek Motif: Writing Poetry. Why Write Poetry? and/or What Is Poetry? Consider limiting yourself to addressing one poem rather than generalizing.
The poem I referenced for my response is called Depraved. It was the first poem I ever had published.

I felt his condescension heavy in the confessional. 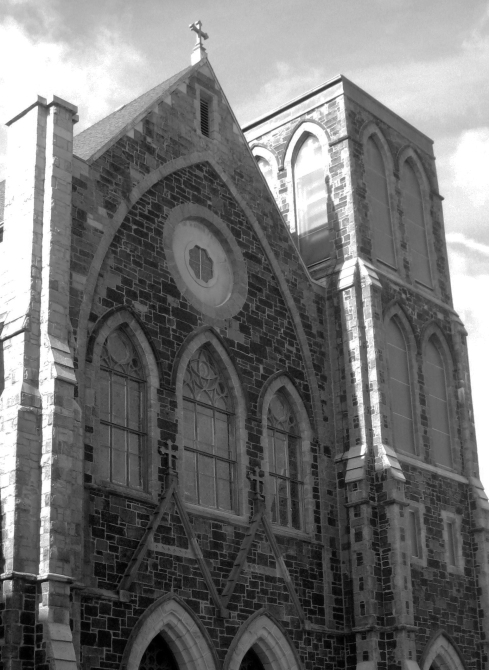 I stopped at Sacred Heart again on my way to Ma’s for dinner. I felt the need to confess more often lately.

I kinda had a thing for Ma’s hairdresser, Lorraine. She was sweet as pie and could be feisty as a wet cat. She made me think all domestically, ya know, like settling down and such. Currently, my job wasn’t good for that kinda future.

Father O’Malley knew me since I was a kid. I felt his condescension heavy in the confessional. “Father, forgive me for I have sinned. It has been one week since my last confession.”

It seemed a conflict of interest to tell my sins to a priest whose brother was the mob boss that happened to be my employer, but he said he is bound to no man, only to God.

Once you’re in “The Family,” there’s few ways out that don’t involve a funeral. So, he liked to remind me that I shoulda made better choices in my youth, and doing the right thing was a hard path.

Since getting out required a funeral, I was glad O’Malley wasn’t bound to any man as I confessed my latest sin. I felt kinda guilty telling him that his brother was now swimming with the fishes.

You steal my breath
and hold my life within your grasp.
I fear my heart should burst
with the lack of you.
My blood flows
at your touch,
exposing me for all that I am.
Your light shines upon my face
and uncovers my sin.
Darkness
no longer conceals
that which is despised –
within the shadows hidden.
My skin trembles
as your breath
reveals my humanity.
I long for you to discover –
unveil me before you.
With your departure,
you undo me.
My secret belongs to you.
To wither in the sunrise
is a deserving sacrifice
for the gift of
your ambiguity.
I choke on my confession
and you dare not hear it,
for I am destined to depravity.

©Leara Nicole Morris-Clark
learawrites.wordpress.com 2022
Unauthorized use and/or duplication of this material without express and written permission from this site’s author and/or owner is strictly prohibited.