“Don’t forget to cut the crust off the bread.”

“Seriously? You expect me to go in there?” Sarah asked. “Your mother hates me!”

“No, she doesn’t.” He assured her. “She is just a bit particular about things.”

“She asked for you. Under the circumstances, you should consider obliging her,” John said. “Don’t forget to cut the crust off the bread.” He reminded her.

“Okay,” she mumbled in surrender. She felt bad about his mother’s poor health, even if she despised her.

Sarah cut the edges off her mother-in-law’s watercress, goat cheese sandwich and made hot tea as she requested with one sugar, a dash of milk, and a cinnamon stick.

While preparing the meal, she imagined Jane, a fire-breathing dragon incinerating her. She supposed Jane wasn’t that bad, they just never got along. She was competition for John’s attention, and Sarah was never good enough.

She stood outside the door listening for her to stir, envisioning Jane’s wrinkled face melting to reveal a green, wart-covered scowl that turned into a toothless grin. What was funny, Sarah thought? She felt herself shrinking to the size of a bug. Jane swatted her tiny form.

Sarah shook her head clearing the nonsense, sighed and opened the door.

“I have your lunch,” Sarah said.

“Thank you. May we talk?” Jane asked.

Sarah was ashamed of her earlier imaginings. “Sure.”

Jane spoke with breathy pauses. “We’ve had our differences. I know my John loves you, and you love him. My time is soon. It will be difficult. I am glad he has someone strong for support.”

“I will be here for him,” Sarah promised.

Jane raised a hand and motioned her away. This time, Sarah wasn’t offended.

– Written for Cracked Flash: Year 1, Week 37, First sentence prompt was “Seriously? You expect me to go in there?” WC 300. Photo from Wikipedia.

Smog and crowds and laws were claustrophobic.

The caravan pulled over to take a lunch break and to stretch our legs. The commune was still a day’s drive. I would send mom a postcard before we arrived. She worried too much. I was 18 now and perfectly capable of making my own decisions. There was much more to life than rules and societal restrictions. I was determined to be free; to be myself, to love, to enjoy nature and to survive without the city’s oppressive ways. Smog and crowds and laws were claustrophobic. She would do well with a bit of fresh air and free love herself. 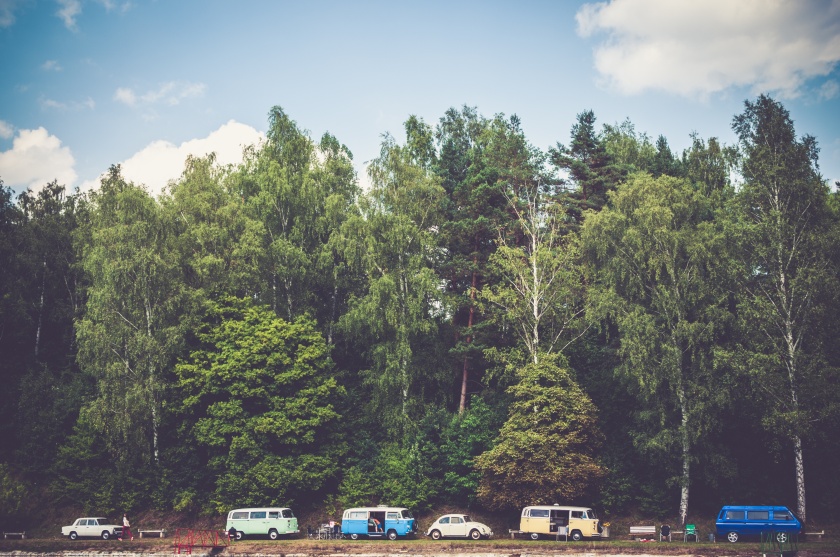